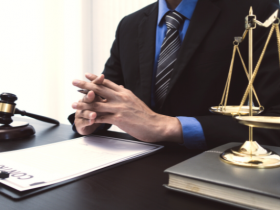 The Mergers and Acquisitions (M&A) process is one of the most exciting yet daunting tasks for any company. It can be a difficult undertaking to integrate various systems, processes, and people into an organization that has been newly acquired. The following guide will provide you with tools and techniques to support M&A integration at every level: from planning through execution.

What are Mergers and Acquisitions?

Mergers and acquisitions (M&A) are the processes by which companies combine. An acquisition happens when one company purchases another, creating a larger entity in the process; a merger occurs when two companies join to create a single organization. Both require significant effort from every department of both organizations, typically resulting in significant change for all employees involved as well as their customers/clients/consumers.

Many mergers and acquisitions fail because buyers aren’t able to integrate successfully with acquired businesses. This is where M&A strategies can help ensure successful outcomes – but only if you have them nailed down before beginning any deals!

Mergers are the combination of two companies (or their assets) into one. The specifics of a merger vary widely, but they tend to fall into three categories:

The goal of any merger is to create value for shareholders. This can be done by combining operations, reducing costs, or tapping into new markets. The key is to find a way to make more money as a combined entity than either company could have made on its own.

Acquisitions are the purchase of one company by another. The acquiring company, also known as the suitor or bidder, buys all or a majority of the shares of the target company. The goal of an acquisition is to gain control over the target company and its assets.

There are two types of acquisitions: friendly and hostile. A friendly acquisition occurs when both companies agree to the sale. A hostile takeover, on the other hand, is when the suitor tries to take over the target company against its will. Hostile takeovers can be very costly and risky for both parties involved.

In most cases, a merger is just a friendly acquisition that’s been approved by management and shareholders alike. However, there’s no real difference between a merger and an acquisition. The only distinction is the way in which the two companies come together.

When a company acquires another company, it’s called a ‘merger of equals.’ This happens when the acquiring company buys out the target company, and the two companies become one. In a merger of equals, both companies usually maintain their separate identities and management teams.

What is a Hostile Takeover?

Hostile takeovers are when one company attempts to acquire another without the target’s cooperation. This could be due to a desire for control, or because management believes it can make more by dismantling and selling off individual components of what would otherwise remain an ongoing concern. It is not uncommon in the corporate world for companies that have been doing well financially (particularly those with stock prices on the rise) to become acquisition targets of other companies seeking growth through consolidation. However, sometimes this does not occur as part of voluntary merger talks; rather, someone decides that they want to force their hand so as to get things done faster than if discussions were allowed time to mature into possible agreement points between both parties involved.

How Acquisitions are Financed

There are a variety of ways to finance an acquisition, and the most appropriate option will depend on the buyer’s financial situation and objectives. The three main sources of acquisition financing are cash, debit, and equity.

Cash is the simplest form of financing, but it can be difficult to raise enough money without incurring significant costs. Debt is more expensive than cash but may be available in larger amounts. Equity is the most expensive form of financing but can provide tax benefits and increased ownership in the company being acquired.

Which type of financing is used often depends on how quickly the buyer wants to close the deal. Cash deals are typically faster because there is no need to arrange for funding. Debt-financed deals take longer because lenders need time to approve the loan. Equity deals can be the fastest or slowest, depending on how long it takes to negotiate and close the deal.

How Mergers and Acquisitions are Valued

The first step in any merger or acquisition is to determine the value of the potential deal. This can be done through a variety of methods, including:

Once a valuation is determined, both the buyer and seller must work to arrive at a contractually-binding price. This is done by taking the valuation that was determined during due diligence, applying certain adjustments, if any were needed (for example cash flow projections may have changed in the interim period between due diligence and finalization of the deal), then negotiating back and forth until an agreement is reached.

Advantages and Disadvantages of Mergers and Acquisitions

Mergers and acquisitions can have several advantages and disadvantages. The table below outlines some of the pros and cons:

The advantages and disadvantages of mergers and acquisitions can vary depending on the industry, company size, stage in the business cycle, etc. It is important to carefully weigh all the potential consequences before making a decision to merge or acquire another company.

Are electronic signatures legal? This is a question that ...

What is a Wet Signature? – When Should You Use One

A wet signature is a hand-written signature that has ...

Electronic Signature in Spain: The Process of Getting One

The process of getting an electronic signature in Spain ...